From the conference website:
“Over millennia, warfare, environmental degradation, and social inequality have brought much suffering to humankind. In an effort to facilitate interdisciplinary cross-fertilization, WESIPS brings together a cadre of internationally recognized scholars to address the underlying causes of warfare, environmental degradation, and social inequality from a host of interdisciplinary and theoretical perspectives. Setting the stage for the cumulation of knowledge, this symposium seeks to uncover effective solutions which foster peace, altruism, cooperation, social equality, and sustainable use of natural resources.

The purpose of these pages is to publish reports on a wide range of research and discussion, including subjects that should be addressed but have not yet been studied broadly or in depth.

We welcome short (generally 700 – 1,200 word) summaries of research, recently completed or in progress.  We also invite discussion of emerging subjects, topics that deserve greater attention, and ways we can increase synergy with related fields including military geography and history, military technology and economy, armed forces and society, pollution and disease, food and agriculture, managed ecosystems, environmental trends and climate change.  We encourage colleagues to respond to forthcoming posts with further commentaries, for a richer conversation on the evolving state of the art. 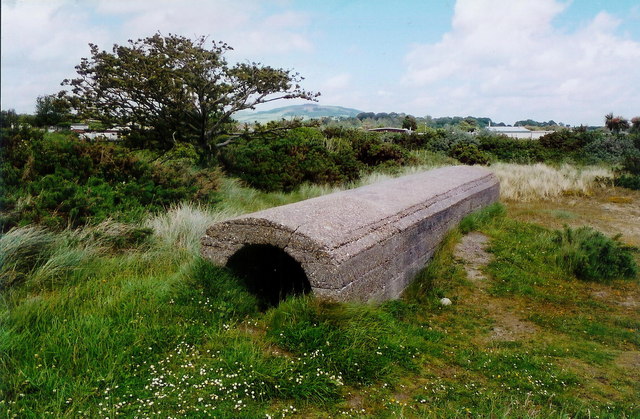 In its September 1943 war-time progress report, the Council for the Preservation of Rural England – CPRE – what one would nowadays call an environmental not-for-profit – took to reviewing changes in the countryside “aggravated by or directly due to the war.” It considered the most influential factors to be the dispersal of industry and the establishment of munitions factories and other new industries together with the necessary housing accommodation for the workers, and the provision of aerodromes, camps and actual defence works which had “inevitably resulted in the loss of much hitherto unspoilt farm land.”

Whilst a proportion of the aerodromes and training camps built were the result of decisions taken during war-time, hundreds of new military-industrial sites – mainly fighter and bomber aircraft and munitions factories – were almost entirely the result of central government war planning in the inter-war period, with many built and in production before Britain declared war on Nazi Germany on 3rd September 1939.

If after the Second World War this landscape militarisation had been reversed – as had happened after the First World War, when a number of Britain’s munitions factories had been dismantled and the land returned to its pre-war use – then the temporary transformation of significant tracts of the British rural landscape in support of the war effort may have been relatively historically insignificant. However, findings from my PhD thesis suggest that only one site – of just five acres – was returned by the Government in the post-war period to anything like its pre-war rural identity.

Looking at primary sources within the environmental history domain provides an alternative timeline to conventional military and industrial approaches to the Second World War. Through looking at internal CPRE documents held in the organisation’s archives at the Museum of English Rural Life at the University of Reading, England, it can be argued that the Second World War began not on 3rd September 1939 but on 29th October 1935, when CPRE’s Executive Committee minutes record discussion of an Air Ministry proposal to establish an aerodrome near the village of Woodsford, in the west of England. The issue of Defence Department land acquisitions and requisitions would then be a virtually ever-present agenda item at the CPRE’s monthly Committee meetings from this point, through the whole of the Second World War and into the late-1940s.

With little effective legislative protection to stop land in rural (or indeed urban) areas from being built on, CPRE became increasingly concerned throughout the 1936 to 1937 period over Defence Department demands for land and in late 1937 cooperated with landed interests in the southern England county of Wiltshire (particularly badly hit by Defence Departments’ land demands) to make a written representation to the new conservation-minded and CPRE-supporting British Prime Minister, Neville Chamberlain, requesting him to intervene to protect the environment against the consequences of Britain’s inter-war mobilisation.

Chamberlain responded positively to this lobbying in January 1938, getting his chief civil servant aide to chair a meeting of the relevant departments, and subsequently a requirement was issued to Defence Departments that they engage with the Ministry of Agriculture & Fisheries and CPRE over land that the State wished to acquire for war-related purposes. This established a consultative mechanism for both governmental departments and civil society which to a certain extent compensated for the lack of protective legislation.

Frustratingly for the historian, but understandably given the war-time context, CPRE was circumspect in its internal documents about the detail of the work it undertook with Defence Departments through the mechanism, but CPRE archives and personal papers show that Professor Patrick Abercrombie, CPRE Executive Committee member and consultant to the Air Ministry, performed a key intermediary role. CPRE Executive Committee minutes do not systematically document specific sites under consideration by the various War Departments, due to the obvious need for secrecy during war-time. However, it is clear from looking at the long series of minutes that CPRE was actively consulted on a large number of Defence Department proposals which had their origins in the inter-war period.

From late 1943 onwards, with an end to the war in sight at some point in the future, the Government started to make plans for the disposal of surplus-to-post-war requirements factories, with each Defence Department required to make lists of sites that would be available for disposal. The Board of Trade was tasked with compiling a list of enquiries from firms desiring to acquire by purchase or lease Government factories at the end of the war. The Minister of Reconstruction, Lord Woolton, proposed six criteria for the disposal of available factories: the requirements of town and country planning came fourth in order of importance, after the balanced distribution of industry, the potential for new owners to manufacture for the export trade, and the maintenance of a war potential. Every site was seen as either a military or economic asset, with the exception of just one site, at Calgarth on the shores of Lake Windermere in England’s Lake District, where the amenity value of the site exceeded the potential benefit of retaining the manufacturing capacity of the war-time flying boat factory for other peace-time purposes.

The remainder of the sites were either retained by the Government’s various Defence Departments for military-industrial purposes, some transitioned into single-use civilian manufacturing – most notably aircraft factories into mass-production car factories – or into multiple commercial uses as trading estates. With construction dates for many of the new-build industrial sites starting as far back as 1936, and the post-war future of these sites sometimes taking years to determine, from an environmental history perspective, Britain experienced a long Second World War which extended beyond the start and end dates of the actual military conflict.

Mobilisation for war from the mid-1930s onwards had acted as an urgent agent for change for hundreds of rural areas, spanning tens of thousands of acres of rural landscape. Given the prevailing inter-war peace-time trends of suburban sprawl and random industrialisation, whilst Britain’s rural landscape may have been built on for any number of purposes if there had been no war, the imperative of war planning led to many rural lands being militarised when they would arguably not otherwise have been – and some sites industrialised or at least commercialised earlier than they might have been – or in different places, given that industrial location criteria in peace-time and war-time do not share all the same factors. The environmental significance of this is magnified by the fact that all but one of the military-industrial sites remained within the military, industrial or commercial sphere after the war, creating permanent urban-orientated industrial or otherwise commercial outposts in rural areas, or expanding the pre-war urban periphery into rural areas.